Stinker has taught me many things, probably more than I have taught him if we are being honest.  That might be because I am interested in learning and progressing where as his are "cookie?" and "WHAT'S THAT????" Either way I have learned so much from him and the mistakes I have made along the way.  Most of them were made out of ignorance and not me willfully ignoring things and I have done my best to rectify them (and probably made new ones I don't know about yet). 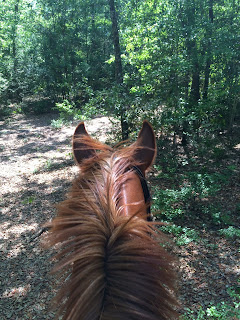 First up, I had a first hand experience of how important saddle fit is.  He literally would not walk until I got that fixed.  Of course since then I have also discovered there were a lot of other physical issues that probably lowered his tolerance for a poor fitting saddle.  Either way he has made a believer out of me about the importance of a well fitting saddle.  And honestly I think I will end up saving money over time by coughing up the dough initially.  I am on my second saddle and if it weren't so adjustable I would be on my fourth at least.  I love tack shopping, but saddle shopping sucks and selling saddles is even worse. 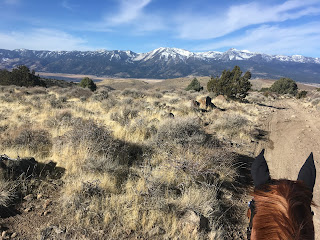 Next up draw reins.  I have mixed feelings about them, because on one side I know they saved my butt when *someone* decided to bolt off into the sunset.  On the other side I also know that they caused a lot of tension and connection issues that took well over a year to fix.  The reality was, I did not have the proper tools initially to deal with his anxiousness and bolting (again a lot of pain issues at the root of things).  But luckily they are a thing of the past and I have the proper tools now.  Unfortunately, Stinker was the one that paid the price on that. 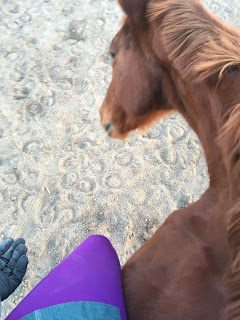 The things he tolerates now

I feel guilty that it took me so long to get all of his physical issues addressed, but at the same time I don't know how they could have been addressed more quickly.  Post EPM it was a steady stream of vet visits trying to address the various areas where he was weak and hurting.  I honestly don't feel like I got everything fully addressed for almost two years the initial diagnosis.  Which that is a lot of time to spend with various parts of your body hurting.  I wasn't ignoring the issues, but it was very difficult to sort out what was training and what was physical with him.  The plus side is he has been thriving of late and looks and feels the best he ever has. 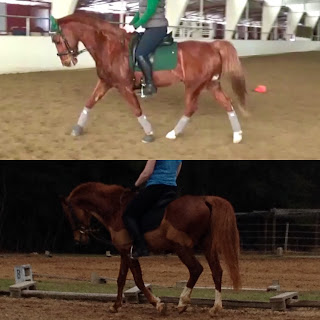 There are other minor hiccups that have happened along the way, but those are the ones I wish I could have a redo on and feel bad that it took me so long to figure out the lessons.  He has taught me how to listen, pay attention to the little details.  Most of his ouch it hurts behaviors could be taken as training issues, but more force does not resolve a pain response.  Stinker is a difficult and challenging horse, but he is also super fun and hopefully we can keep learning together without anymore massive mistakes.
Posted by EventingSaddlebredStyle at 1:00 AM