Oops I Did It Again

This story requires a bit of back story. Back in 2019 when I was funployed I stumbled across an adorable little mare. Of course I did the responsible thing and sent this message

Well despite the professed love, Megan did not act and I couldn't get the little mare out of my head. Of course I talked to Aimee about it and since she was between me and the horse this happened 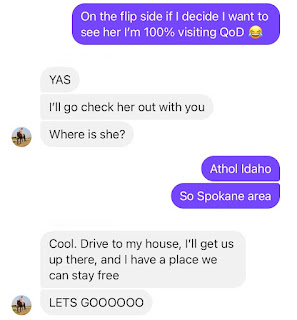 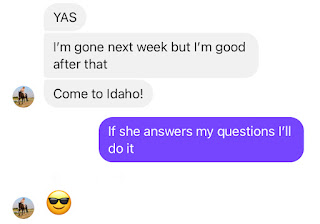 Which of course was the road trip that led me to getting Karma.
Well a couple of weeks ago I was poking around on the internet trying to get a feel for trailer prices and I stumbled across this gem. I mean it is a purple trimmed trailer, so of course I did this. 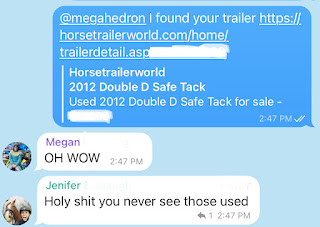 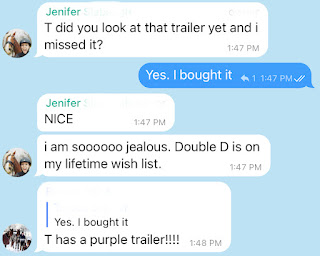 And then left me with the problem of I now owned a gooseneck trailer and a truck in Nevada.
At first I was going to ship the truck out, but I couldn't get the companies with decent ratings to call me back and the ones with shitty ratings wouldn't stop calling me (I used the house phone not my cell phone, but my mom was not happy with me #whoops #sorrynotsorry).
Which led to the next impulsive decision. A one way flight and a long weekend to cover over 2000 miles and 8 states in a very basic manual diesel. 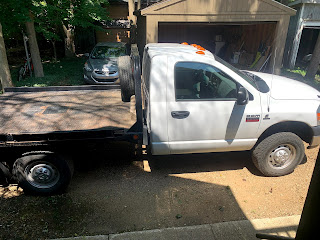 It started off with an email saying my first flight had been delayed. And it wasn’t a oh a few minutes delayed. It was like we can’t be bothered so it’s now three hours later which of course meant that my two connecting flights weren’t happening. And the “rebook” options had me flying all over the freaking country and getting in at 10:30 pm. Which is not conducive to start drive at 6 am the next day especially with the time changes.
So in my annoyance with much searching I found a second ticket that I could take the first leg of my original flight, then skip covering all corners of the country and get in at 6:15 pm. Not as nice as my noon arrival I originally had but a lot better than 10:30. 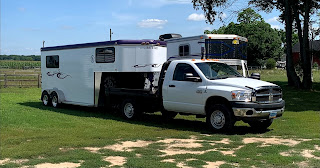 Thankfully, the drive went much smoother. The first day I did 13 hours, the second day 14 hours, and then it was another 5 by the time I went picked up the trailer. It got dropped to get new tires (it still had the original 2012 tires on it and they had lots of tread but I wasn't going risk running on almost 10 year old tires. Now I have five brand new tires and a trailer!
And that is the story of how I try to get Megan to buy things and then I buy them. Also known as the story of how I spent a good chunk of the money I saved for a downpayment on a house on a trailer.
Posted by EventingSaddlebredStyle at 3:00 AM