Hot tamale, pocket rocket, ticking time bomb, and any other name for a horse that is hot as hell is what I had on Friday.  Apparently it was bad for my horse to get almost three weeks off.  It started off with him spooking at the saddle pad.  Then he was snorting and a general pain for the rest of tacking up.  He had a meltdown at the mounting block.  I finally got on and he promptly went into to OMG panic can't walk  mode.  He tried to bolt.  Felt like he wanted to buck.  And continued to have a meltdown for 20 minutes. 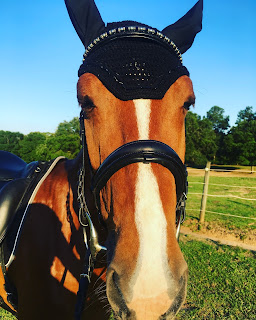 Finally, I got him to do some semblance of a walk.  He "walked" about five steps, stopped, and peed.  After that he was much improved.  Pretty sure my horse had a 20 minute meltdown because he had to pee.  The work wasn't great.  He was still rather tense, but I at least was able to regulate the tempo of the walk and we had an actual walk. 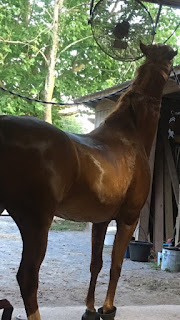 Sometimes you just have to chew on the fan

Saturday, I was so exhausted and stressed that I didn't even go out to the barn.  I wasn't in a mindset to deal with anything so I skipped it.  Sunday was better and I ended up lunging him at the end.  Much to my dismay his trot still looked a little wonky.  He wasn't lame or even truly off, it just wasn't as fluid as I know it can be.  He cantered really well both directions which made me happy. 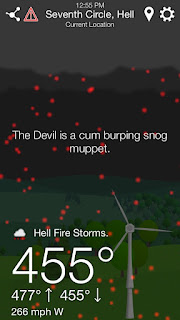 I couldn't disagree with the location

This morning I drug my ass out of bed and out to the barn to ride.  He had a freakout over a vacuum when I was tacking him up, so I walked him awhile to settle him before I got on.  He was really good.  The tension decreased from the previous rides and he was more willing to stretch.  After some good walk work, I popped him on the lunge. 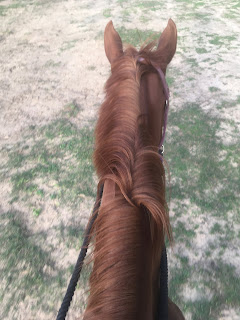 For the first time since he stuck his leg through his stall he looked 100% at the trot.  He wasn't perfect, he still is twisting and not releasing to the right.  But there wasn't any hitch in his stride.  Everything was fluid and even.  Then he proceeded to canter like a boss both directions with lovely transitions.  Fingers crossed that he stays like this and I can stop being neurotic for 30 seconds.
Posted by EventingSaddlebredStyle at 11:39 AM