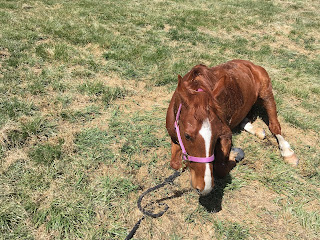 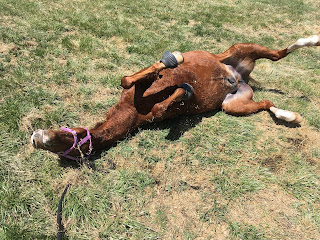 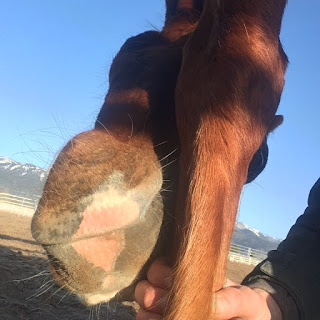 So the final verdict was to keep doing what I am doing and from what she could tell everything seems to be fine.  She did say that because of the way he gets tense and flailing under saddle it is very difficult to sort the behavioral and physical out from one another.  Which that has basically been the story of the last few years.  The game plan is to get my saddle checked again next month, do another loading round of adequan and keep doing what I am doing.
Posted by EventingSaddlebredStyle at 3:00 AM