I have been worrying about Stinker's right hind for awhile now, despite my efforts to not worry.  I was waiting for the vet to come out for shots and coggins and just have him give Stinker a once over. He finally came out yesterday.  I was so terrified that he was going to say that Stinker was having problems with his hocks/stifles. 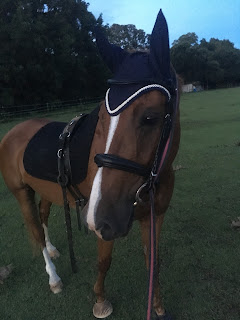 Awkward picture but he is still cute

But the verdict was Stinker just needed some adjustments.  The vet also said that Stinker is looking really good.  This makes me happy because he is very blunt and doesn't sugar coat things.  I was also very relieved that A) I wasn't totally crazy and B) it wasn't anything major for a change. 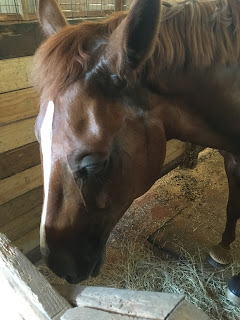 Drunk pony for the win!

Stinker is getting super spoiled this week, because he had the adjustments, and will get a massage this weekend.  Then next week I am finally (YAY!!) getting my saddle adjusted.  Of course I do need to mention to my bosses that I am missing some work next week.  In my defense they have been out of the country, so I am hoping to be able to give them some awesome data and then say oh by the way can have a couple days off. 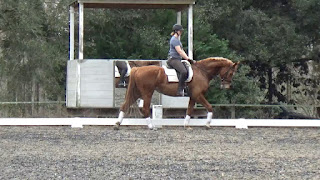 I might get to play with this girl again.

In other news, Monday was one of those days that just sucked.  I was feeling super lazy and unmotivated/exhausted from work.  When I finally made it out to the barn, I had a fucking spider fall down my shirt.  It was IN MY SHIRT.  I barely managed to keep myself from ripping it off.  And I provided lots of entertainment with my squealing and jumping around.
SaveSave
Posted by EventingSaddlebredStyle at 1:00 AM