Well Stinker thought it would be fun to play in the fence yet again...  Just to rewind he has been living down here for under two years.  On average he has gotten himself stuck in the fence about every six months.  The first time was within days of arriving.  The next time was when he was going to see a sort of local saddle fitter.  The third time was last year when we were going to see my actual saddle fitter.  Shockingly this time around I didn't have anything planned. 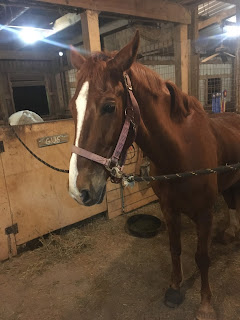 Such a sulky face

The fences are the white coated wire that can be hot, but only the top wire is ever hot.  So guess who tries to play over the fence (insert serious eye rolling here).  This is the first time there have actually been witnesses to his shenanigans, every other time they happened over night and he was free but banged up in the morning. 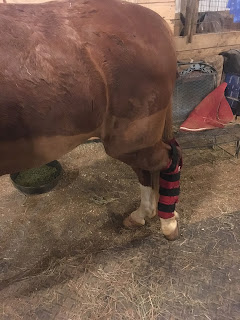 I'm dying can't put any weight on it

S was teaching a lesson and saw him messing around with the horses in the other pasture.  He kicked then started running forward.  When he started running forward the wire was caught on his hind leg and started pulling and popping off posts.  Luckily he realized he was stuck and didn't panic.  Instead he laid down.  She ran over to him and tried to get him up so she could get the wire off his leg, but he refused to move.  They ended up having to cut the wire to get him free.  Once he was free he hopped up flexed it a few times and went back to being his typical self. 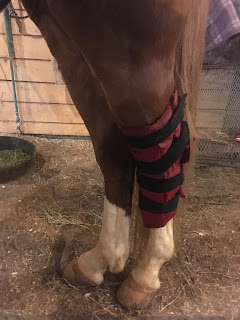 Oh wait I can stand on it never mind

A couple hours later S saw him standing at the fence line where he got stuck snorting and giving it the hairy eyeball.  He didn't seem worse for the wear last night.  I couldn't decide if there was any heat or not (I thought I could feel a tiny bit but I am also extremely paranoid so that could go either way).  He has a little scrape, but nothing major.  I am hoping that he won't be any worse after spending the night in his stall.  I am just thankful that he was smart enough not to panic even if he isn't smart enough to stay of the damn fence. 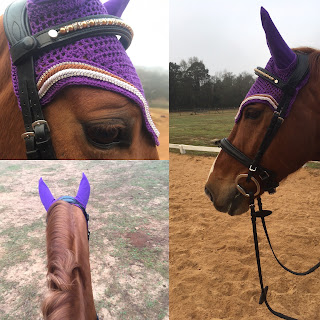 Luckily, he looks cute!
Posted by EventingSaddlebredStyle at 1:00 AM