Typically, I wouldn't write a post like this, but this one stuck with me.  Yesterday, there was an article published on Eventing Nation that struck a cord with me.  I understand why the author did what she did, but I want to share the other side of the story.  The one where the person doesn't make it across. 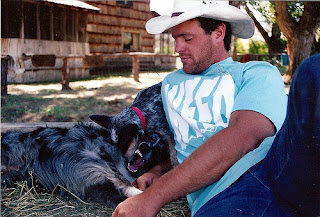 I had a brother Glade and he died when I was five years old.  He was twenty three years old and one of the few memories I have of him was hiding from the strange man.  It haunts me that my only memory that is truly mine is one where I was afraid of my own brother.  His memory lives on in stories, but if you goggle his name one small article about a tree being planted in his memory is the result.  A vibrant young man was reduced to a blip, all because of a split second decision to save some horses. 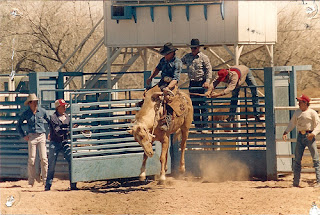 I don't remember a lot from the day that he died, but I do remember it was the first time I ever saw my dad cry.  The way Glade died was eerily similar to the way the article unfolded.  There was a big rain storm and a flash flood.  There were horses that were stranded on an island in the middle of a stream that was rapidly riding.  He and his girlfriend were trying to use a fence to cross the stream and the fence started coming apart.  She turned back and he grabbed one of the horses and that was the last time anyone saw him alive.  He and the horse went under (probably due to a fence) and he was found nine miles down stream and his horse was another four miles beyond him. 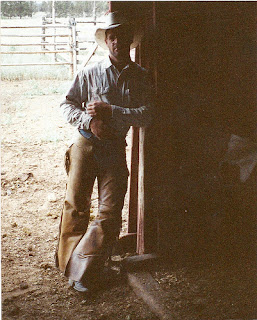 Obviously the author of the article had additional assistance that my brother did not have, but things could have just as easily have ended the same way.  I beg of you to please think twice before risking your life for your horse.  I love my horse more than anything, but he is not worth putting my family through the pain of losing me.  Somebody loves you, think of them and not yourself before you risk your life.

PS I do not know who took these photos and I apologize for not giving photo credits.
Posted by EventingSaddlebredStyle at 1:00 AM