Why I Don't Trail Ride In The Summer

If you recall last summer I wrote about the trail ride from hell.  I attempted to pony Stinker off of another boarders horse durning his rehab and well we ran into a bit of a spider problem.  Big ugly spiders everywhere. 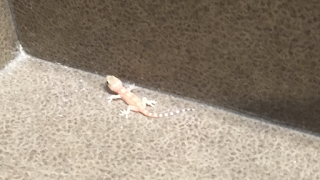 Of course rather than change the plan, I just ducked and clung to his neck like a monkey and prayed.  He was really good and was happy to truck along on a loose rein.  There was even someone shooting somewhere and he was chill enough to grab a couple bites of grass.  Typically I would discourage that behavior, but since he wasn't a hot tense anxious mess I let it slide. 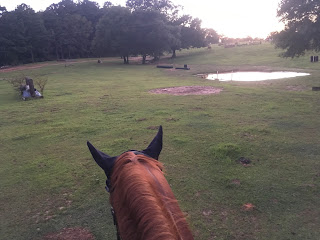 On the way back from the fields we caught a spider.  The web was stuck between Stinker's ears (at least it wasn't me?) and I could see the spider crawling on his ears.  Of course I start freaking out, because how the hell am I supposed to get the spider off?  Who the hell wants a giant spider crawling on their not so steady horse?  The last thing I needed was to get dumped because of a freaking spider.

I was trying to come up with a plan of how to get the spider off when I noticed it was hanging off Stinker's nose.  I was hoping it would drop onto the ground, but Stinker started tossing his head.  The spider decided that his face was a better place to be, so it started crawling back up.  I will admit I started squealing at this point.  Stinker then starts biting at the spider as it is swinging from his nose.  WTF horse!  You don't want that damn thing in your mouth. 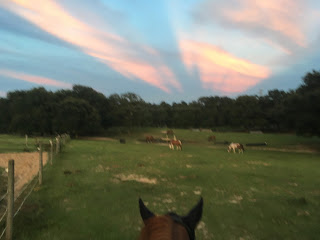 From a much more peaceful ride

I honestly don't know what happened to the spider, because it disappeared from my view and didn't reappear.  I am going with it got smart and dropped off onto the trail.  All I know is I am not going for any more trail rides in the summer, I was convinced I had a spider on me for the rest of time, and my horse was actually really good.  He didn't freak out when I was ducking, he didn't freak out when I was freaking out, and he walked the whole time with minimal fussing.  I see more trail riding in the WINTER when there aren't the freaking spiders.
Posted by EventingSaddlebredStyle at 1:00 AM