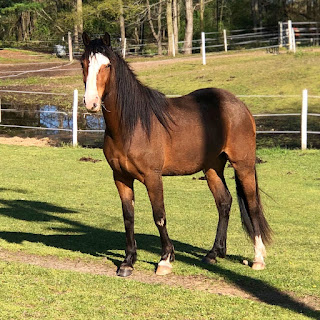 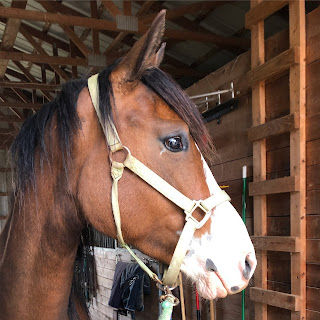 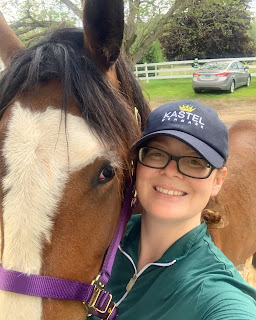 So I trucked my way back up there and that time she happily greeted me with no dramatics. It was raining intermittently and she was disgusting so I just took her out fed her apples and checked to make sure that all legs were attached with no issues then tossed her back out. It was lovely to see her again. The last few weeks have been rough because it was the one year anniversary of my dad's death and it kept hitting me at random times.
Posted by EventingSaddlebredStyle at 8:06 PM 4 comments: