I totally lost track of time and I don't know what happened to March. It's been a pretty quiet month. Karma and I are plugging along. There isn't a whole lot to write about, but we are adding a bit of riding back in. She's looking much stronger and more mature. I am so over the midwest winter and desperately want to get back to the outdoor. We are in the wonderful mud season and the tease of good weather. 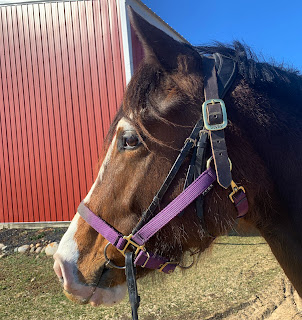 Very redneck set up. Karma is fussy with her mouth so I am riding off the flat halter and she just carries the bit

Last weekend it snowed and I couldn't summon the energy to go out to the barn. It was cold and gross. Currently it can't decide if it wants to rain or snow which just results in me being cranky and sulky. Bob demands his walks so while I whine he at least gets me out of the house. 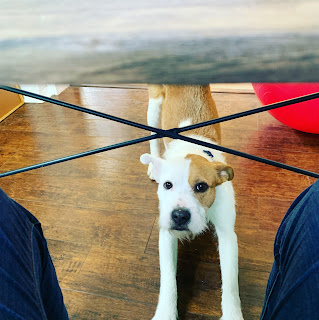 Why can't we go walk?

I am super excited for better weather and hopefully some time on the trails, which always improves my mood. I spent half the winter with the truck in the shop. I ended up having to replace the turbo, which wasn't an uncommon problem. At least everything is in good working order now and I have found a decent diesel mechanic. I am hoping to make a few trips to trainers this summer. Currently only set to three because I was worried about diesel prices and how much wiggle room I have in my budget.

Posted by EventingSaddlebredStyle at 9:40 PM 2 comments:

Everything came a full circle last week when Stinker arrived at his previous owner's place. Over the last seven years she has periodically reached out to me saying that she would always take him back if I ever wanted to let him go. I always told her that I would keep that in mind if I ever decided to make that move, not thinking that it would happen. 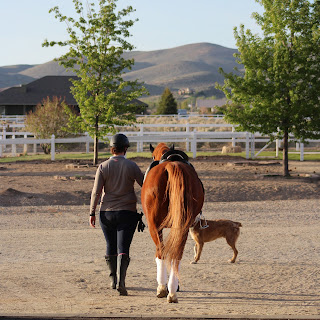 But after I took the new position here, I knew that I would have to make some changes. It was one thing to have my mom caring for him when she was riding and when it was supposed to be on a temporary basis, but I didn't think it was really fair to have it be permanent situation. Especially since she made the decision to not ride any more. 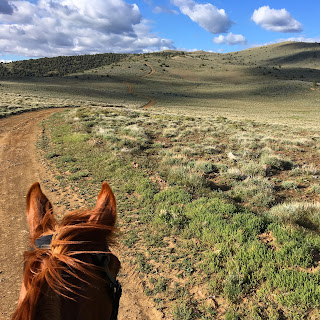 My original plan was to find a small bit of acreage, but I have been priced out of the market since it is pretty much a necessity to have an indoor in this area. I was hoping to find the just right cheap place where I could dedicate a good portion of my budget to a small indoor, but it wasn't meant to be. I thought about boarding two, but he is such a pest without a job so I decided to reach out and see if his previous owner was still interested. 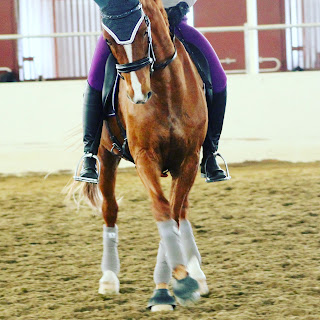 Things fell into place much faster than I was hoping, but thankfully I was able to have the magical blogger weekend and see him one last time. Not to mention Leah badgering me into taking the photos (even if I did almost start crying when we were doing them). 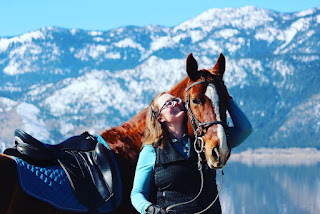 He will always have a special place in my heart and thankfully I can creep on how he is doing on Facebook. He is settling into his new/old home well and she's absolutely delighted to have him back. In the long run it's the best I could have hoped for even if it was a hard decision. 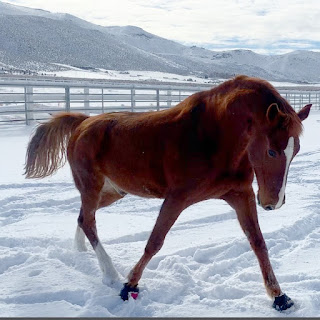