I have moved quite a few times as an adult and this last move was by far the hardest. It was the first time that I wasn't really excited for the move, because I didn't want to move. Downside of being over educated is the limits in the job market. Then add in the pandemic and not having a horse community and it was a recipe for struggling. 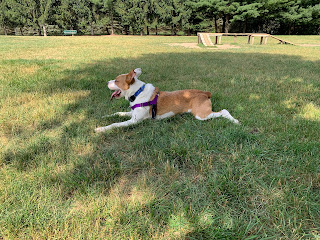 Bob is like me and thinks summer is too hot

Things improved once I got the trailer and started doing virtual lessons, but as time wore on I was still feeling discontent. I knew I wasn't riding as well as I could, but I didn't really know how to fix it. Despite not being the most social person, I was determined to start trying to make connections in the dressage community. While scribing isn't the best position to meet people, I was lucky to connect with the one judge. 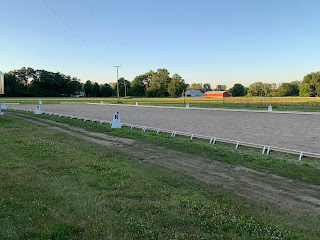 I have had four lesson with her and she has given me the boost I needed to get out of the sludgy plateau I had felt mired in. Like most things with dressage, it isn't anything revolutionary but it was the kick I needed. It is also extremely refreshing riding with someone that doesn't know the Stinker baggage (I may dig into this in a future post) but she also didn't see very green Karma. So its fresh eyes evaluating us right where we are at. 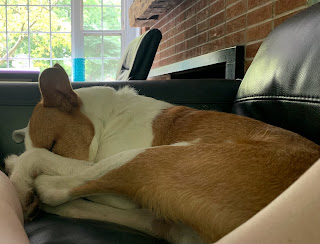 I am sure we will hit other rough patches, but for now I am greatly enjoying the jump we've had in progress. And maybe I will get actual media and do a comparison over time, because Karma has come so far and I am very proud of her. She has been a major bright spot in the last couple of years.