Finally, something besides tack posts.  I have been in Boston for a conference for the last week, which is why I haven't had any riding posts.  It was a very good trip, but now I am exhausted and looking at a full work week.  I was terrible and didn't do any sightseeing, but I did meet up with some friends from grad school.  I also saw Firebird (my one friend was playing) and it was really cool. 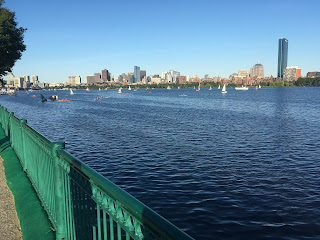 The weather was so nice!

So the Stinker front isn't looking so great.  The wheels started to come off before I left.  I wrote about the one ride, but it went downhill from there.  He was a tense anxious mess.  He was trying, but I could tell something wasn't right.  So I decided to give him time off while I was out of town and see if that took care of things. 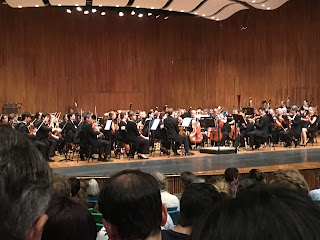 Proof I actually did something.

I am reserving full judgement, since I have only had one ride back and I already know he is a little funky after having time off.  But my gut is saying something isn't right.  I lunged him and he was not off, but at the same time he wasn't quite right.  He wasn't zippy and he wasn't wanting to bend.  I decided to get on him and walk to see if I could get him stretching and unlocked.  While we did get some nice moments he wasn't normal.  He got spooky in one corner and was tense and anxious (the anxiety sweats are back). 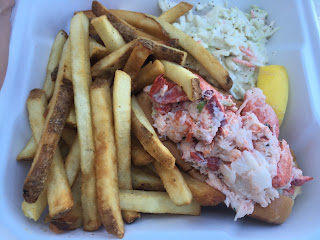 I had to try a lobster roll.

Right now my plan is to do my best to keep my sanity.  The last time something wasn't quite right was last summer when he had EPM.  I am wondering if he is having a relapse, which isn't uncommon.  Besides that the vet is going to look at him when he comes (fingers crossed that I will be able to get that day off), but it won't be for another nine days.  I am going to keep trying to walk him and see if it is the general stickiness that will work out in a few days.  My favorite dressage judge is in town and I am going to see what she thinks. 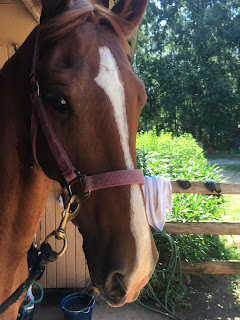 I don't know if he missed me, but I missed him.
Posted by EventingSaddlebredStyle at 3:00 AM