At the end of the month I someone how managed to make it so I was moving myself and Karma all in the same week and because I am an idiot, I didn't take time off of work. I didn't even really try to get help because the only thing I couldn't move by myself was the base of my treadmill. Once that was the only thing left I begged someone to come help me load it on the flatbed. It was the easiest move ever (also the only one where I wasn't moving 8+ hours so that might factor into it). 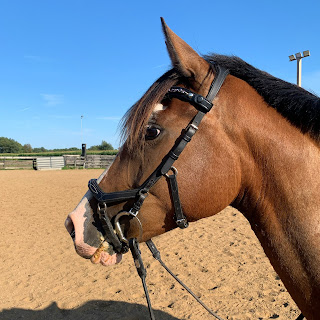 While I adored my old barn Karma and I had out grown it a bit. The ring was perfectly fine for baby horse that was learning to steer and was only being ridden for 20 minutes or so, but it was really too small for cantering or doing much dressage work. And looking at another winter of no indoor was quite depressing. Not to mention it was a super quiet barn and I very rarely saw another person much less had the opportunity to get her used to being ridden with other horses. 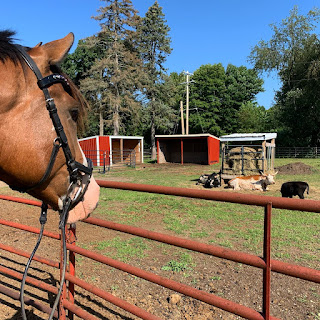 More cows to torture her with

The new barn has a large outdoor and a small indoor. The horses stay out the majority of the time and Karma is in a small paddock with one other mare. Originally she was in with two other mares, but Karma decided she was the bossy bitch and got booted after about a week. She is settling in quite well. There are places to get shorter milage in outside the ring (that don't involve a pig farm). I actually see people and they are quite friendly and Karma is getting exposed to more things. 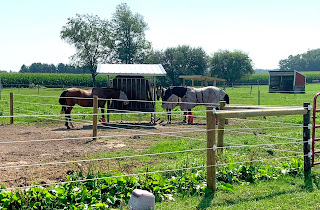 Before she got the boot

Overall, I think all the changes have suited us well, even if my place still looks like it has been ransacked. Apparently, actually putting things away has been very low on my list. I am unpacking the kitchen stuff as I need it, and I really like to use the same three things so most of it is still sitting on the floor. I am great at adulting. 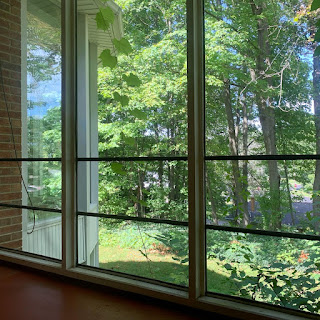 I have wanted a screened in porch for so long and now I finally have one
Posted by EventingSaddlebredStyle at 3:00 AM