Who Needs A Hip?

In true Stinker form as soon as it stopped raining he banged himself up.  I am really not sure how he managed to do it, but it looks like he slammed his right hip into something quite hard.  He took 3-4 inches by 1.5 wide patch of hair off, but the part I found concerning was the swelling below the cut and the fact he wasn't trotting or cantering on his own. 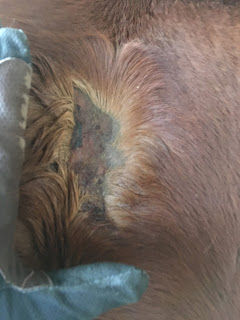 Not that ugly, but quite ouchy

He loves to move, he is basically the energizer bunny in equine form so I get concerned when he isn't bouncing around.  I made him trot a little and while reluctant he was only slightly off so I made myself wait and see. 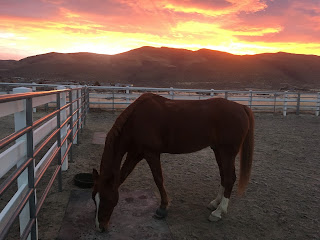 Friday I was starting to get nervous, because he still wasn't trotting on his own and he was still very sensitive to the touch.  I debated calling the vet, but decided there really wasn't much to be done since he was resting himself and the lameness was not getting worse. 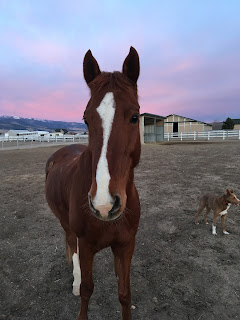 Just wanted more time off with the nice weather

Luckily, by Saturday morning he wasn't as sensitive and was back to bouncing around.  I wasn't even upset when the little turd kept trotting away from me and wouldn't let me check the swelling.  The swelling is mostly gone and he seems to be moving normally which makes me very happy.
Posted by EventingSaddlebredStyle at 1:00 AM