I had my first jump lesson today.  It wasn't on Stinker.  It was on this handsome fellow. 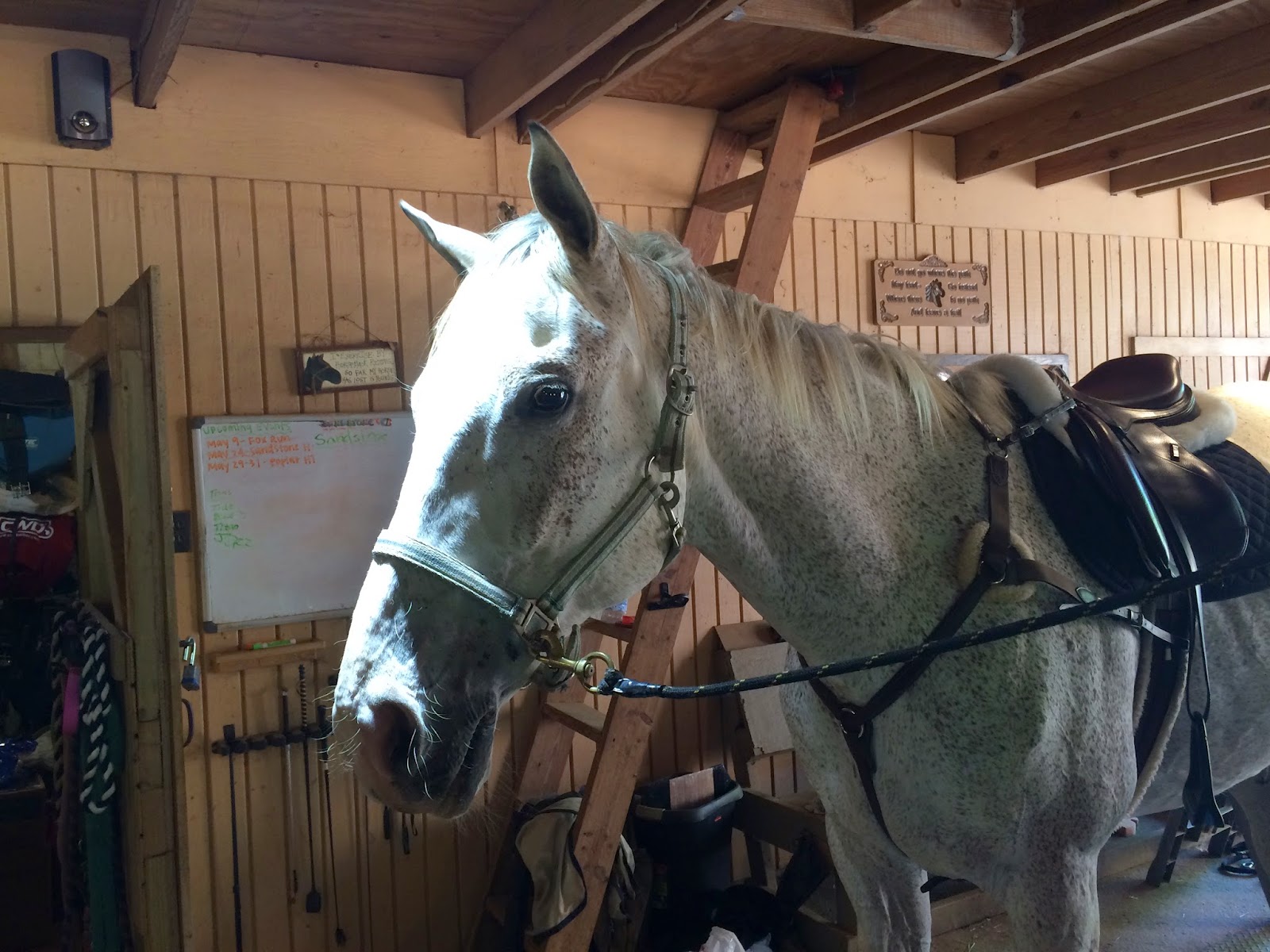 
This is Charlie.  He is the opposite of Stinker in many ways.  First Charlie is giant 17+ hands compared to Stinker at 15.3.  Where Stinker is always forward Charlie can have his lazy moments and he is totally ok with ignoring my leg and me flopping around.  Stinker tends to over react to everything.  A little leg allow me to half pass 40 feet before I will realize nothing is getting me. But back to the point at hand.  Charlie is very different and will help my riding.

Charlie has a very interesting (and sadly probably not that uncommon) story.  He was ridden by Phillip Dutton and Kim Severson and has run up to either Intermediate or Advance, or so I have been told.  He was then sold to a movie producer and eventually ended up with bad feet and very out of shape.  The barn manager was told to go look at him and took the trailer to get him without any idea of what the horse had done.  When he got to the barn he was in rough shape and I wasn't sure they would ever get him sound.  Fast forward six months he is sound, fat, and sometimes quite sassy.

Anyway, today he was a total gentleman.  He let me flop around in my attempts to do two point and didn't take advantage of my lack of balance or finesse.  We worked on two-point (which needs a lot more work) and went over a few ground poles.  I think I am going to try to bum a few rides on horses that aren't spastic to practice (I am only lessoning on Charlie once a week and that won't be enough to build up my strength).  I also really need to work on doing fitness outside of riding, but that isn't as much fun. 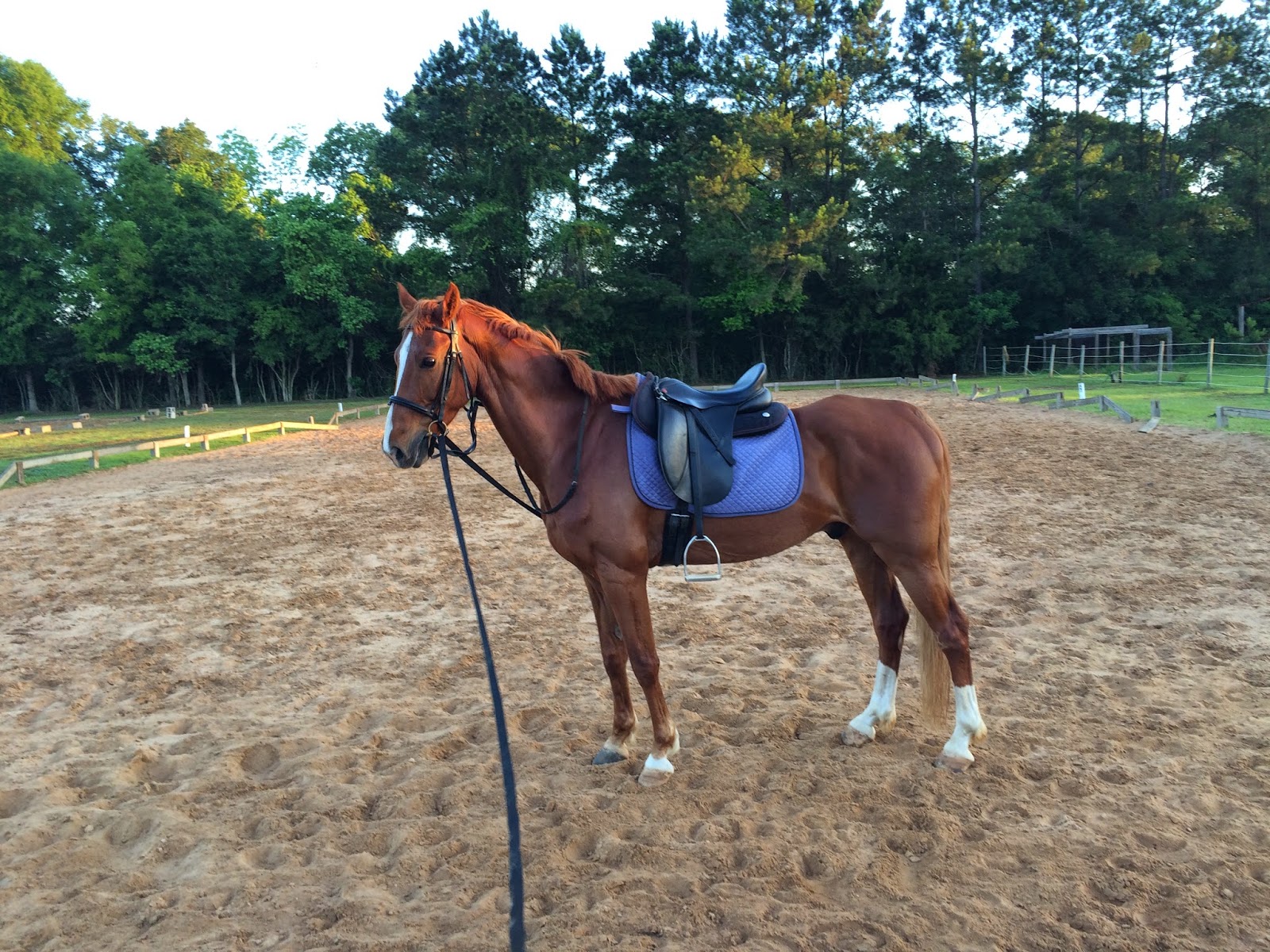 The highlight was I finally got to wear my jump vest!!!  I might have fallen off of the oldest horse (that is still being ridden) at the barn last fall.  I bought the vest shortly after that but due to some swapping of the horses I was riding I never had a chance to use it.  I have had it for about 6 months and if I was going to pay $$$$ for it I am going to wear the darn thing.

I leave you with the Stinker looking adorable in purple.
Posted by EventingSaddlebredStyle at 7:48 PM