Hi, I am a Tack Addict

I have come to the realization that I have a problem.  A tack problem.  I am doing my best to manage it, but then I see something pretty and I get it.  I am actually a little ashamed of it.  I keep things at my house, so no one realizes how much crap I have.  Until the pest control guy walks into my "empty" bedroom that is stuffed with horse stuff and he asks, "so you ride horses?"  I realized he honestly thought it was plural, not just one little Stinker. 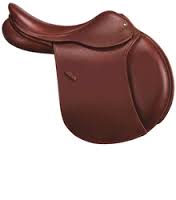 This is to come...hopefully before Christmas

Then there are halters and boots.  First the halters, I use one.  I use the same one for Pongo and Stinker (which is way too big for Stinker, but I will use it until it breaks).  Once I realized it was too big, I bought another one that is the correct size, but figured I would use the other one until I needed it.  Then I have three that my parents brought me.  One is an old leather halter and two nylon halters.  None of which I have used, since I am still using the too big one... 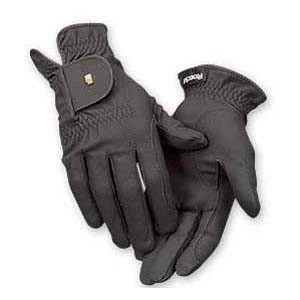 I am coveting another pair of these.  I am super tough on gloves,
but these are finally giving out after two years of abuse.

Second boots, I don't ride my horse in boots.  He has crazy legs, if it doesn't hurt when he walks himself then they will get even crazier.  This is per D's recommendation, because she tried boots on him and went hell no.  I did use polos for the first time this week, but that was just so D could see his front legs better in the video.  So I have two sets of polo wraps (I want to get more from some of the sales that are coming up).  Then I have two sets of the Dover Dressage Sport Boots that I picked up last year on pre Christmas sales.  Neither of them have been on a horse.  Finally I have Premier Equine Boots that I bought when Stinker was having issues from the EPM and I freaked out and thought he wasn't ever going to be sound.  So the logical solution was to buy him super expensive boots.  These have been used three times.  Twice on Pongo (front and back) and once on Stinker (fronts only).  For the record I love these boots, but they do run big.  Oh and I am thinking about getting open fronts for stadium (you know because my horse jumps sooooo much....). 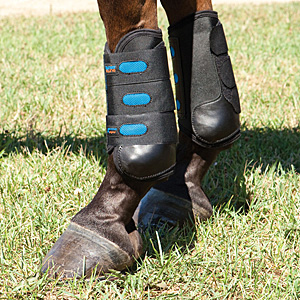 Love these boots, even if I have barely used them.

Then half pads.  I am not sure why, but I love half pads.  I am a little ashamed of this, but I have five. One of the Total Saddle Fit with the six pockets.  One fleece that is Dover brand.  One shimable Thinline.  And two Ogilvy pads.  Don't ask me how I ended up with two, but it involved a miscommunication and lots of confusion which resulted in me having two.  I actually do fairly well using these, I use three on a regular enough basis that they are out at the barn.

I am not doing too bad with saddle pads, but I am planning on buying more if I see a good price on them between now and Christmas.  I am also not doing too bad with bridles.  I have two, one black that gets used and is holding up well and one brown which has never been on a horse.  I also am doing ok on bits.  I really want to pick up another one.  I have a loose ring french link that I picked up off of consignment that Stinker gets ridden in.  I really want to get a eggbutt french link in the correct size (the loose ring is a little too big) and try him in that.  I also have a feeling that I will want another one that is a bit stronger when he starts jumping, especially on cross country.  My other splurge was a five point breast plate with a running martingale, which has not been used.  But finger crossed that it will be soon(ish). 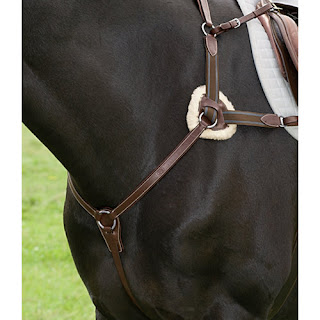 Can't wait to try this.

I am starting to have a blanket problem.  I don't live in a place that gets cold.  People freak when it drops below freezing.  But...I am right now trying to stay with minimal blankets.  Every time I see this blanket from Dover, I want to buy it.  Right now I have two coolers (one wool and one fleece), a turnout sheet and a medium weight turn out blankets with a neck cover.  I think this should suffice, and honestly I really need to wait, to make sure he doesn't destroy these. 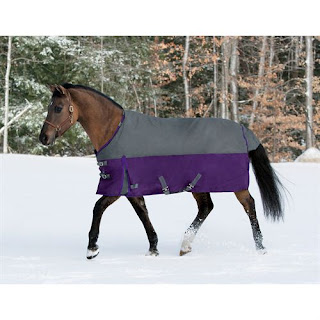 I want!!! It would look adorable on Stinker.

So yeah, the bottom line is I have a tack problem and I should be saving for the new (hopefully just new to me) dressage saddle, but instead I am thinking of what I want (or want more of) to pick up on some of the sales between now and Christmas.  Feel free to enable and leave me suggestions of what you want/want more of.  I don't think I have the self control to say no completely, but I can stick to a budget (mostly).

PS:  Sorry Dover, Smartpak, and County.  I used your photos, but I have given you a large chunk of change in various purchases.  I actually hate using any photos except my own and I feel super sketchy using these.
Posted by EventingSaddlebredStyle at 10:25 PM