Poll Of A Problem

My favorite dressage judge finally got to the root of the spazzy behavior this weekend.  It wasn't quite all mental like I thought it was.  Stinker was not releasing his poll correctly (I don't know why it was so tight but it was).  The result was anytime I asked for more than a slight slight flexion he would try and then spaz because it was hard/sore/whatever he was feeling.  Obviously, I wasn't feeling anything in his back/shoulder/hind end and the poll never occurred to me. 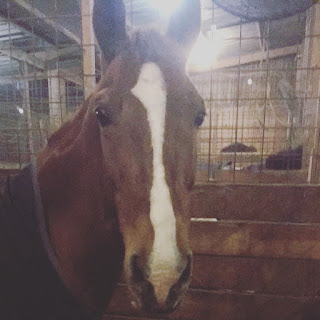 It's about time you figured out how to ride

Friday night we spent the entire lesson trying to get him to release and offer a little flexion in the walk.  He finally gave a bit so we called it a night.  Saturday morning he came out feeling great and was still tight but not as bad.  It was another lesson of walking.  At the very end I popped him on the lunge line and played with a new toy that she brought me (more on that later when I have media). 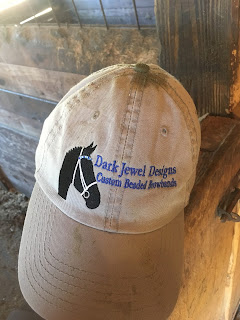 Sunday, Stinker came out a little short in his right hind, but quickly worked out of it.  The lesson was quite similar to what we had been working on previously.  It was all about improving his ridability, connection, and keeping him supple.  He actually had a slow walk and wasn't trucking all over the place.  Sadly, I don't have any media from the weekend. 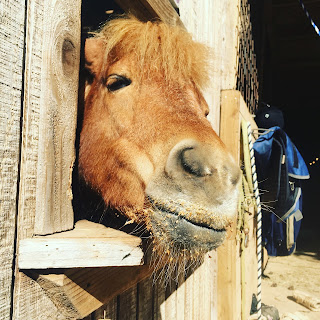 Such a sexy look

Overall, while we didn't get to work on the trot at all I do think I gained more tools to help him keep improving.  She really liked what I have been doing with him on the lunge line and loaned me some equipment that will really help him build up his top line.  She also said that his hind end looks great (muscling wise), which made me really happy since he lost all of his muscle due to the EPM.  Now I just need to get his top line going more.
Posted by EventingSaddlebredStyle at 1:00 AM