With Stinker out of commission, I rode Pongo for both days of the clinic.  Leading up to the clinic, I was quite nervous.  I tried to ride him at the beginning of the week and my ankle was too weak and he took total advantage.  I had to use my whip as my leg and it was not very effective.  Mainly because he isn't used to it, so we went for good enough and ended the ride.  Some how he managed to have a foamy mouth when I got done, so something must have been right.

I decided that I was going to have S ride Pongo for my lessons, so he got his butt in gear and then hopefully we wouldn't be a hot mess for the clinic.  She did dressage one day and jumped him the other.  It had been awhile since she had ridden him and she was pleased with his progress.  Yay for not ruining her project pony! Leading up to the clinic I was good and babied my ankle in hopes that I would actually be able to use my stirrups and ride effectively. 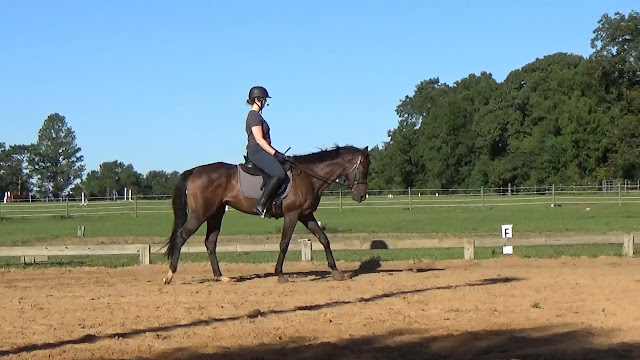 Overall, I was very pleased with Pongo.  Things started off a little rough, he was pretty braced and when we cantered everything fell apart and he was trying to plow through my aids and run on his forehand.  This was at the very end of the first lesson and he was tired and so was I, so I don't fault him for that.  I was riding sloppy and he struggles with his balance still.  Our trot work was stellar. 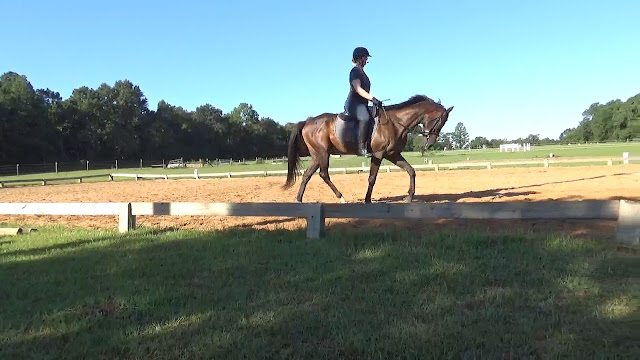 One key point was I had been obsessing about losing his outside shoulder when I ask for bend, but I was told to just focus on the rib cage and not worry about losing the shoulder.  I know how to fix the shoulder problem, but right now I need to focus on really getting him to bend through the rib cage.  When I get him bent correctly, he can really lift and fill in the gap by his withers.  His neck is muscling up nicely, but it isn't muscled right in front of the withers. 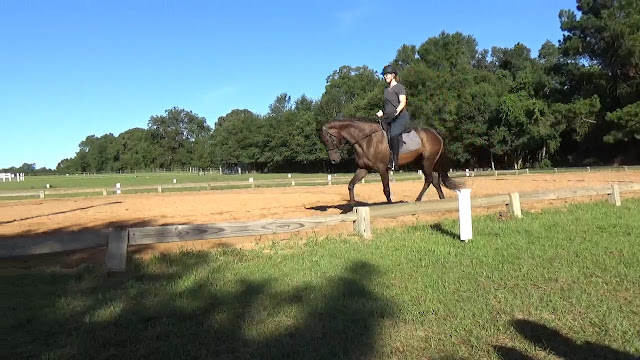 The second day we really focused on the trot work and getting him to activate the correct muscles.  He felt fabulous (for a green horse that is just learning how to carry himself).  Something else I really need to work on is not hanging out in the grey area.  D gets after me for this.  I tend to ask for something and then just kind of hang out in the middle.  I either give back without truly getting a response or I don't give back when I do get a response.  I need to focus on ask, horse responds, and I get my hang/leg/whatever back to neutral.  This will really help to teach Pongo to carry himself instead of me and to sharpen the response to aids. 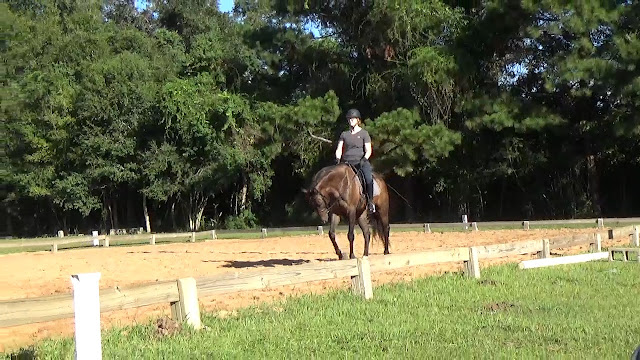 Overall, the judge was very happy with how we have been progressing and she said he is muscling up nicely and not to worry that he is going too deep and behind the vertical, because that will fix its self as he gets stronger.  I am taking her word for that, but I do find that depending on the day I can get him more forward into the contact rather than the slightly over bent/behind the vertical seen in the pictures.  With the additional work, he will make a really nice horse for someone.  I really hope this is all true, because they are hoping one of the girls at the barn will buy him when the time is right.  She is 12 and has a fantastic seat.  I love her riding because she is very patient and calm, which Pongo will respond well to.  Also, he is willing to try his little heart out.  Even when he doesn't know what you want he is willing to try and guess what is right.  I am becoming quite fond of him and I hope it works out for them. 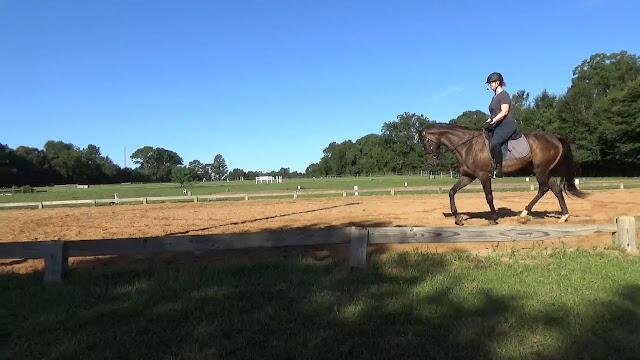 Posted by EventingSaddlebredStyle at 10:43 PM