I was going to write about my lesson from last weekend, but it wasn't all that interesting.  Stinker was a little more frazzled than usual and I was struggling a bit, but we did do some canter work.  I have come to the conclusion that I need to get his bodywork lady to work on me again, because my right hip is not coming forward enough even when I am on the ground. 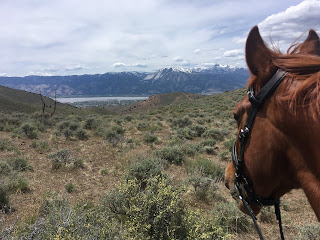 On Sunday I went for another trail ride.  It was just under 11 miles with just over 1600 feet in elevation gain.  I found a spring that I hadn't seen before and Stinker was delighted when I let him munch on some grass.  The last time we climbed that much his butt came up sore, but this time I made sure he took some rest stops and walked part way instead of letting him power his way up. 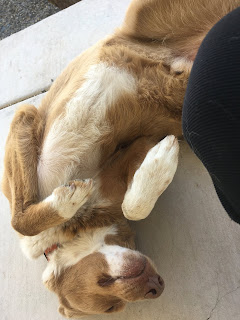 I love being able to get out on the trails and not think about things.  Stinker is getting really good by him self on the trails.  He is a little harder to manage when Cowboy is along because Cowboy can't walk as fast. 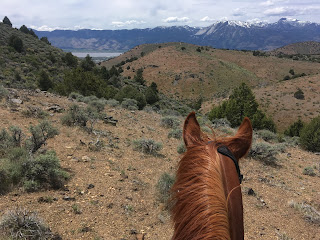 The only almost misadventure we had was on the way home.  I typically follow a jeep path that runs along a creek back and there are frequently people shooting along it.  With the smaller guns it isn't a big deal.  He puffs up a bit and gets a little nervous, but doesn't really do much else.  I heard shooting but it wasn't anything big so I wasn't too worried about it.  We passed that group just fine and I thought I was good to go. 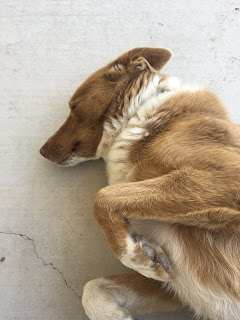 The end is near

Then all of a sudden there was a loud BOOM BOOM BOOM from in the willows.  I am not sure who jumped more, me or Stinker.  Luckily we both jumped in the same direction, but he tucked his butt and was ready to leave the country.  I yelled out rider in hopes that he didn't have ear protection on and would actually stop shooting, because while Stinker hadn't bolted yet, I think one more boom would have tipped him over the edge. 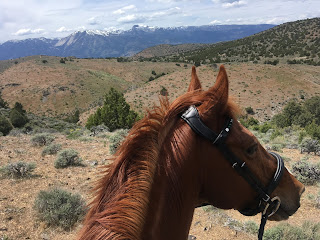 Luckily the guy heard me and he was very apologetic.  I was very happy and assured him I wasn't upset.  It wasn't like either one of us could see the other and he was super nice and immediately stopped.  It took me awhile to get Stinker's brain back in his head, but eventually it came back and he started walking calmly again.
Posted by EventingSaddlebredStyle at 3:00 AM